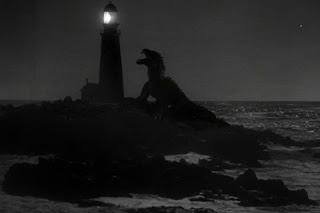 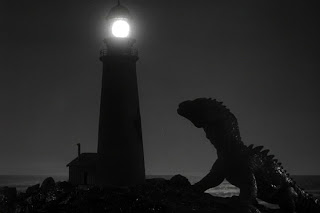 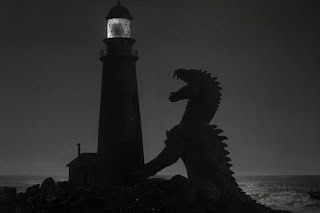 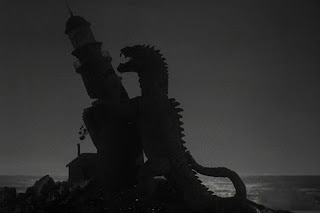 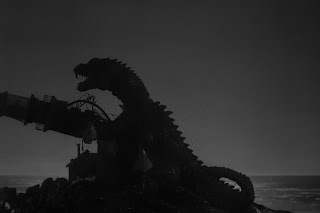 These are probably the most iconic images of the Rhedosaurus. It's a masterpiece of composition and silhouette. The sequence could almost stand alone as a short film. It's self contained, with wide shots of the beast making his entrance, reeking havoc on the old lighthouse and it's crew, and then fading to black as it moans in disappointment. Supposedly Ray had animated it slipping away, leaving the same way it came but the scene had to be cut short.
Posted by AnimJerk at 3:49 PM