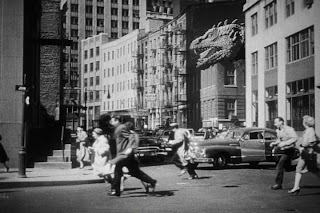 More iconic images from a film that already has more than it's share. There is no better or more memorable example of the Dynamation split screen than the shot of the Rhedosaurus poking his head out from behind a block of buildings, with cars staged thoughtfully in the foreground to obscure foot contact. I wish I had a frame where you can see people crossing in front of the puppet and how Ray used photo cut-outs to maintain the illusion of the puppet being 'deep' in the scene. 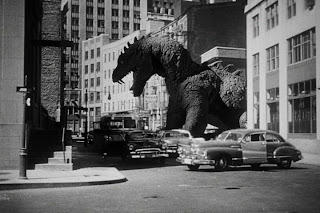 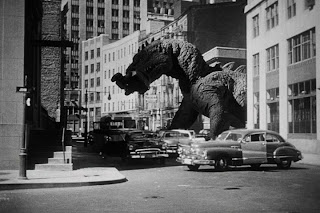 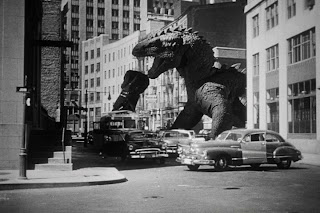 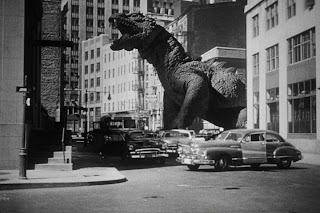 Of course you can only see this when the image is moving, but Ray has the Rhedosaurus 'breathing' in this shot. It's a subtle but wonderful way to instill life into puppet. It was no small feat to rig an air bladder into the beast but Ray was intent on pulling out all the stops on his first solo feature. 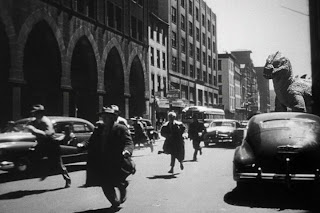 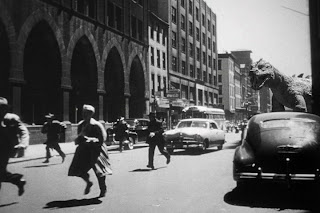 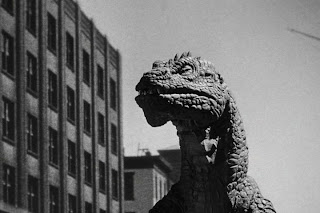 The blink is a nice little touch. It's another one of the animators tools to create the illusion of life. 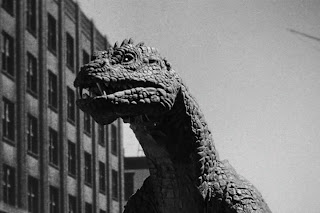